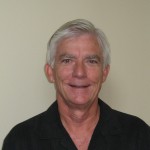 J. Neal Ethridge began his employment with Tindle Mills, Inc. of Springfield, Missouri in 1962. Mr. Ethridge has worked in virtually every facet of the livestock feed manufacturing business. He was named Corporate Production Manager in 1972 and Executive Vice President and Chief Operation Officer in 1978. He was elected to the Corporate Board of Directors in 1975 and then in 1981, at age 39, was elected President and Chief Executive Officer.

Mr. Ethridge left the feed industry in 1995 and founded Ethridge Investments and Consulting where he continues as President.

Mr. Ethridge served as the first Chairman of the Missouri Agricultural and Small Business Development Authority. He also served on Governor Christopher Bond’s Task Force on Economic Development for Rural Missouri and Governor’s Agricultural Advisory Council. Mr. Ethridge served on the Board of Directors of Missouri 4-H. He founded the Ozarks Medicine/Business Coalition and served as Chairman for three years. He served four years as Chairman of the Board of Springfield Community Hospital. He served three years on the American Feed Manufacturers National Production Committee. He served a total of twelve years on the Drury College Breech School of Business Executive Advisory Council and was Chairman for two years. He has served on the Missouri Council on Economic Education, the Boards of the Better Business Bureau, the Springfield Chamber of Commerce, the Springfield Airport, the American Feed Industry Assn. and was Chairman of the Midwest Council of the American Feed Industry Association in 1991. He is a member of the Board of Directors of Hammons Walnut Products Company, located in Stockton, Missouri (since 1994). He has also been a member of the Board of Directors of Topro, Inc. headquartered in Denver, Colorado.

Mr. Ethridge has been married to his wife Betty since 1962. They have one daughter and two sons. Mr. Ethridge discontinued his consulting business in 2002 following the economic downturn after the Twin Towers disaster of Sept. 11, 2001. The consulting work was primarily related to mergers, acquisitions and transition management.