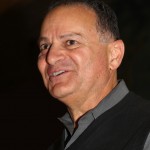 Jim Hagale, a well known leader in the outdoor retail industry, was named President and Chief Operating Officer of Bass Pro Shops in January 2003 with responsibility for the overall day-to-day operations of the company.

Prior to being named President and COO, Mr. Hagale was Executive Vice President responsible for merchandising, distribution, finance, human resources, and information technology. In August 2002 he was promoted to Chief Operating Officer.

Mr. Hagale’s marketing ingenuity and strategic business vision have been recognized within his industry and community. He is currently on the Board of Directors of Wonders of Wildlife, has served on the Board of Directors of Empire Bank and on the Board of Trustees of St. John’s Regional Health Center in Springfield, Missouri. He was nominated for the Theodor Herzl Award in 2006, was inducted into the Greater Ozarks Business Hall of Fame in 1992 and received the W. Curtis Strube Ethics in Business Award in 2001. The Springfield News-Leader featured Mr. Hagale in an article, “The 100 Ozarkers of the Century Who Shaped Our Future” in 1999.

Mr. Hagale received his B.A. in Accounting/Finance from the University of Notre Dame.  He and his wife, Mary Martha, have six children, including two sets of twins.